WhatsApp, the messaging app that has hundreds of millions of monthly active users, is currently testing a new way to accept payments in its ecosystem. A pilot should be announced soon as this goes live and it’s likely that Meta will provide the wallet for these trials.,

WhatsApp has launched a pilot for its new crypto payments service, which is powered by Meta’s digital wallet. This will allow WhatsApp users to send and receive money through the platform with ease. Read more in detail here: is crypto the future. 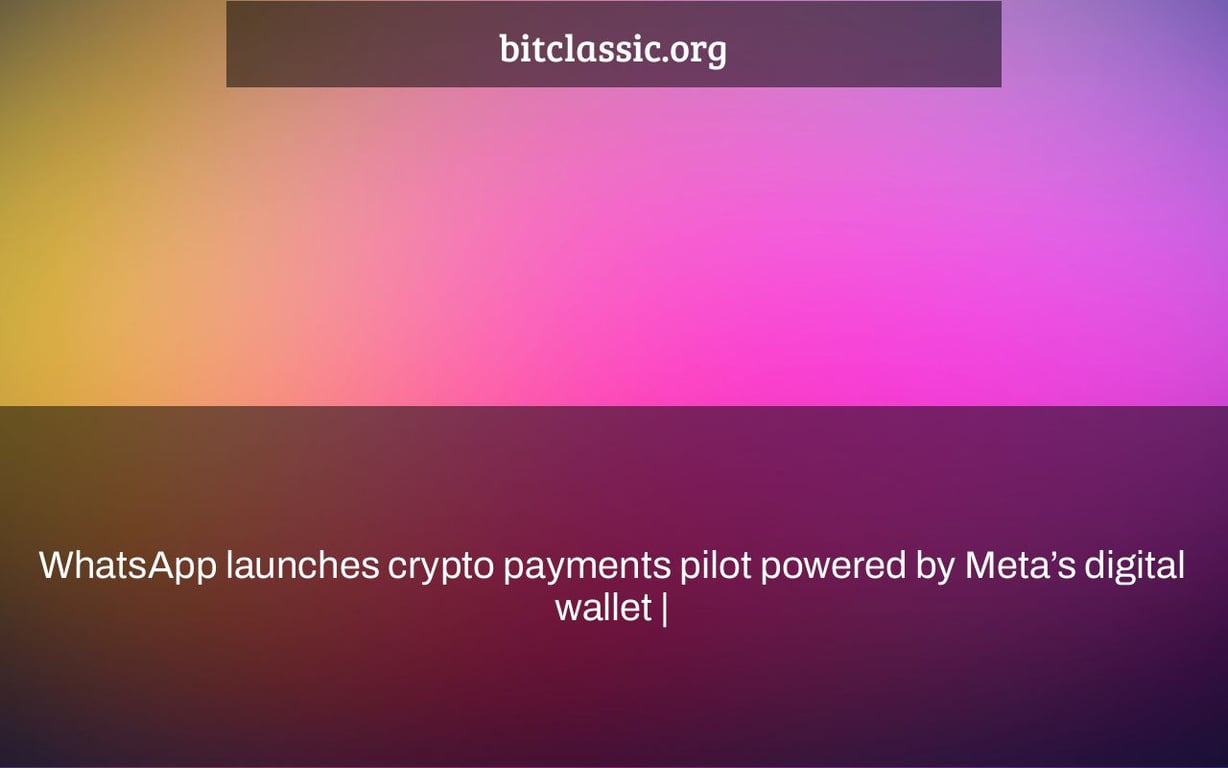 The Novi cryptocurrency wallet from Meta Platforms will let users to send and receive money over the popular messaging app WhatsApp.

WhatsApp is a division of Meta, the internet behemoth that used to be known as Facebook.

According to Novi CEO Stephane Kasriel, who announced the debut on Twitter, the experimental program is only offered to a small number of consumers in the United States.

Transactions are being tested.

“Using Novi has no effect on the privacy of WhatsApp personal messages or calls, which are always end-to-end encrypted,” Kasriel said, adding that the trial will be expanded based on user feedback.

We’re still early in the Novi pilot, so we decided to test this new entry point in only one nation to begin with, and we’ll seek to expand it after we’ve heard what customers think of the new experience.

The payments tool is available as a new attachment option in WhatsApp, and there is no limit to how many transactions may be done using the chat service.

Users may add payments in messages by hitting the “+” button and choosing “Payment” from the menu–”without ever leaving a WhatsApp chat”–in the same way they do with images.

Novi wallet is meant for quick and fee-free money transfers, with payments done in USDP, a stablecoin created by blockchain trust business Paxos and tied to the US dollar.

Since the business initially revealed its objectives in 2019, Meta’s cryptocurrency approach has evolved.

The original aim was to create Libra, a cryptocurrency that would be tied to a Facebook digital wallet named Calibra.

In 2020, the Calibra wallet was renamed Novi, and its October introduction made quite a commotion.

According to reports, US senators were outspoken in their opposition to the launch, writing an open letter to Mark Zuckerberg urging him to abandon the digital wallet idea.

“Facebook cannot be trusted to handle a payment system or digital currency when its current capacity to manage risks and keep users secure has proved to be completely inadequate.” The letter, signed by members of the US Senate Banking Committee, urged you to “immediately cease your Novi pilot and promise that you will not bring Diem to market.”

Despite the hostilities, Novi was launched and was available for download on Apple and Google’s app stores.

Diem, previously known as Libra, responded to the letter by claiming that the lawmakers may have misinterpreted “the link between Diem and Facebook.”

“Diem isn’t Facebook,” says the narrator. We are a non-profit group, and Facebook’s Novi is just one of the Diem Association’s more than two dozen members. Novi’s Paxos pilot has nothing to do with Diem, according to the news statement.