Gold has been on a strong rally this year despite mounting geopolitical tensions. But the hawkish tone from the Federal Reserve Chairman, Jerome Powell, and other central banks is hindering gold’s performance as investors turn to riskier assets like stocks and bonds instead of their traditional safe-havens. The Fed may have just made bitcoin look even more attractive than it already was. 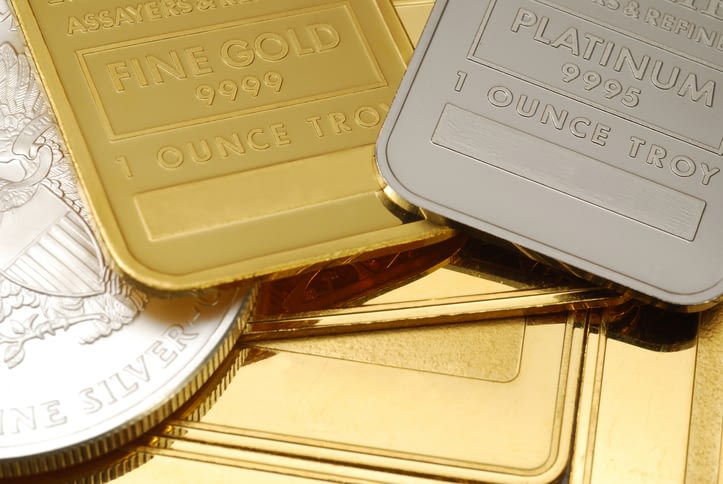 This week, gold prices fell for the third week in a row, closing down on a three-week low. This comes amid tumultuous markets across the board, not only in commodities, but throughout the economy, as the newest COVID-19 Omicron variation puts the country’s economic recovery to the test. The Fed has taken advantage of this chance to tighten its prior policy, closing certain doors for speculators anticipating a dovish stance. Positive NFP figures later today might give the hawks more ammunition to advocate for interest rate hikes and the termination of bond purchasing.

Gold is likely to suffer its third consecutive weekly loss.

Throughout the epidemic, the price of gold has remained stable, and the precious metal has typically done well in its position as a safe haven. It is presently trading around its one-month low, which was set on Thursday, with most of the blame falling on the Fed’s revised forecast.

The Federal Reserve and Jerome Powell, who had previously been quite supportive, had witnessed rises in all markets, including gold and precious metals. Gold is currently over $1770 per ounce in early Friday trade, but it is still on track for a third straight weekly loss. This is because to a far more hawkish perspective, the anticipated conclusion of the bond-buying program, and interest rate rises sooner rather than later. All of this will likely raise Treasury rates, which will be bad for gold.

Data on jobs might lead to a further drop.

Much of the attention in commodities news this week has been on the newest Omicron strain and its global spread. This has contributed to drive several markets down, and although it remains the most important story of the week, precious metals traders are more likely to focus on the NFP statistics due later today.

A highly strong figure this afternoon would further boost demands for the Fed to withdraw its assistance and maybe accelerate any interest rate hikes or other measures. As a result of all of these factors having a negative influence on gold, prices are expected to fall.

Gold isn’t the only asset that has had a rough time in recent weeks. Silver, platinum, and palladium are all down as we go into Friday. This is in reaction to many of the same market forces, as well as, in many instances, uncertainty about industrial demand. The appearance of the new variety has further added to the confusion.

At the same time, the virus’s effect on oil has been significant. Prices have fallen substantially this week, despite OPEC+’s stunning decision to raise supply in January. They said they were open to making a swift policy adjustment if required, although crude and WTI oil are on track to lose for the sixth week in a row.

Is it Safe to Buy Shiba Inu (SHIB) After the Recent Crash?

Grayscale report highlights potential Solana risks, should you be concerned? |